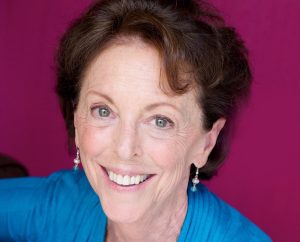 After many years away from studying classical singing Smokey Minot `62 returned to working with an amazing coach, Armen Guzelimian in 2012 and performed a solo operatic concert in Los Angeles in September of 2017. Smokey made her stage debut at age 10 in Garcia Lorca’s Blood Wedding with Olympia Dukakis at Boston’s Charles Street Playhouse. After attending Buxton she earned her Bachelor’s in Voice Performance from Oberlin College Conservatory. She has been performing on stage, in commercials, TV and film for decades. She taught voice privately for 40 years and was the owner/producer for Mysteries en Brochette, a musical interactive mystery dinner theatre company for 13 years. She lives with her husband and fellow actor Terrence Beasor in Santa Monica, CA.

Never stop performing, Smokey. You were meant to be on stage!