Workshop fees include four days of instruction, full room-and-board, and 24-hour access to studio space. Buxton School is a three-minute walk from the nationally renowned Clark Art Institute. We will use this museum, as well as the Williams College Museum of Art, as essential resources to enrich the daily instruction. Resident artists will have free and unlimited access to these invaluable collections throughout the week. We are also a ten-minute drive from Mass MoCA, one of the largest contemporary art museums in the world.

Join George Van Hook, a nationally recognized artist who has won numerous Plein Air competitions and awards from around the country for his oils and watercolors, for a four-day plein air workshop. George stresses allaprima painting and using a loose and fast approach to capture the landscape in the first try. Participants will be meeting on location and painting all day from 9am-4pm, with a break for lunch. Workshop includes live demos and individual attention. Please bring your own plein air equipment, supports, and media (oil, pastel, watercolor, acrylic). We will begin each day with a demo by the artist. At that time, he will discuss composition, laying out the pallet, proper use of materials and all other aspects of plein air painting. We will then break up into groups and paint individually. He will then provide individual instruction helping solve the issues for each artist. After lunch, he will do a quick demo to refresh the ideas presented at the start. Painters will start a second painting for the afternoon with additional individual instruction. After 4 pm we can simply paint as a group. George has found this to be the most congenial and beneficial experience of the day. Evenings can be spent enjoying each other’s company in conversation about their experiences of the day. One afternoon will include a 3-hour visit to the nationally-renowned Clark Art Institute. There George will share his extensive knowledge of art history with participants as he highlights techniques used by masters in composition, brushstrokes and color. 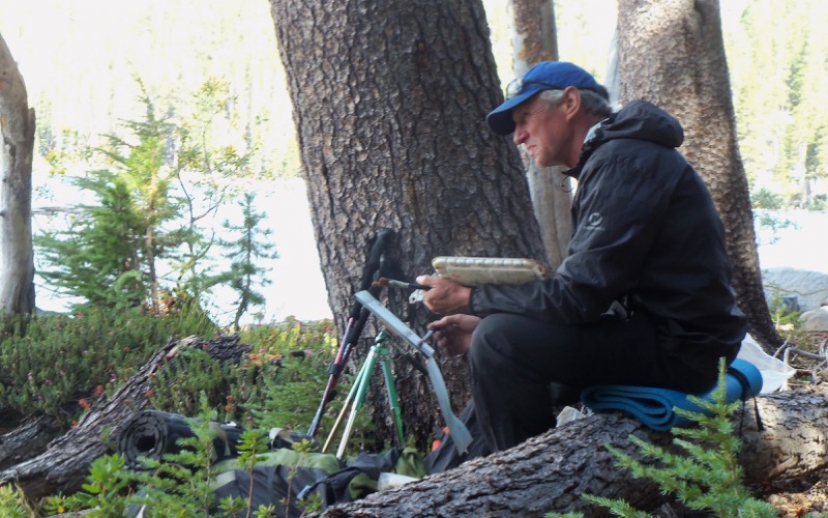 Van Hook thinks of his paintings as primarily a visual response to the selected environment, be it landscape, figure or still life.  “I want the color to be beautiful and the drawing firm and secure”, he says.  The paintings are a marriage of external and internal forces – what emerges on the canvas should be a reflection of both the beauty of the world and the artist’s most inner response.

Art of the Picture Book

Children’s books are simple. Anyone can create one, right? But looks are deceiving. Picture books are a uniquely challenging and potent art form, where both words and images work in tandem to create a story. For anyone eager to acquire or deepen the necessary skills–from inception of an idea to a working manuscript–Art of the Picture Book is an ideal opportunity.

Our sessions will include: 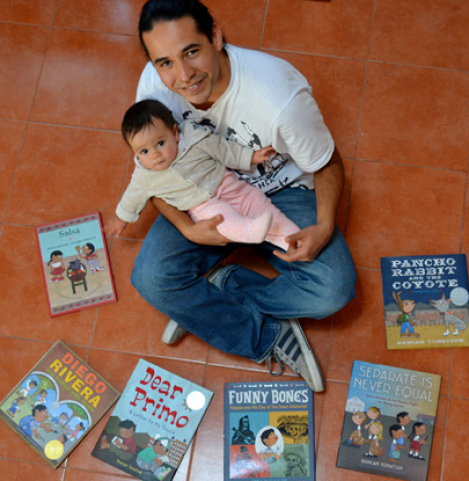 uncan Tonatiuh is the author of many titles, including Separate Is Never Equal, Pancho Rabbit and The Coyote, and The Princess and the Warrior. Duncan’s accolades include the Pura Belpré Medal in 2012, the Sibert Medal 2016, and The New York Times Best Illustrated Children’s Books Award in 2016 and 2017. His latest book, Soldier For Equality, received an honorable mention for writing from the Pura Belpré Award earlier this year.

Duncan is a proud alumnus of Buxton School and continued his studies at Parsons School of Design and Eugene Lang College. He resides in San Miguel de Allende, Mexico with his wife Patty, and their two young children.

For more information about Duncan and his work, visit www.DuncanTonatiuh.com

Also, see his interview with Roger Sutton of The Horn Book at www.hbook.com under the Authors and Illustrators tab.

(If you were directed here by PleinAir Magazine, please note date change)

There are relatively few ways to apply watercolor to paper. This workshop focuses on adapting the handful of techniques to your landscape paintings. We’ll work to create rich visual sensations that reveal your own vision of the landscape. We’ll start by examining and understanding the basic techniques and exploring the visual possibilities of each. Then we’ll apply these techniques to convey symbolism and meaning, and for providing the paintings with a rich dynamism. The practical work will be supplemented by a visit to the Clark Art Institute where we’ll view watercolor paintings from the collection. The visit will give us a chance to see how master artists use watercolor techniques for effect in their landscape paintings.

Each day will begin with a short, instructional demo, and the remainder of the day will involve individual painting—both studio and “en plein air”—with personal guidance given to each student. We’ll end most days with a short review and gentle critique of the day’s work. 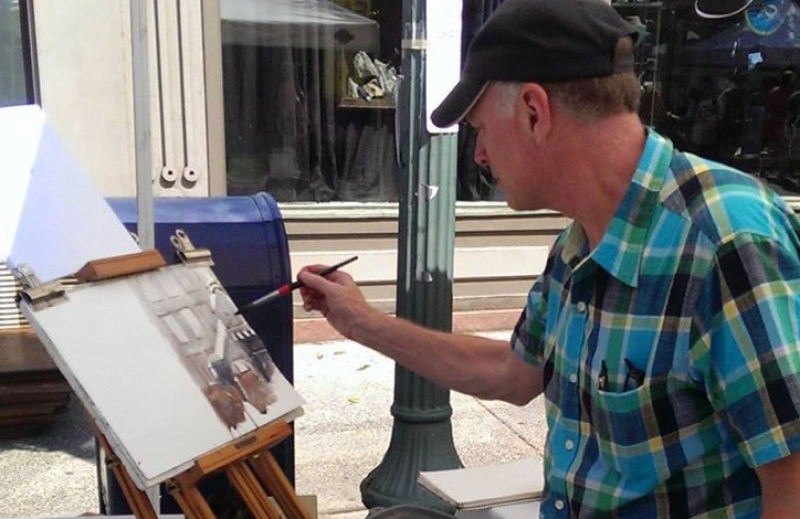 ony Conner’s energetic approach to teaching and enthusiasm for the watercolor medium are combined to create workshops that are both fun and informative. His instruction style is very active and involved. He excels at providing information and insights to individual students – meeting them where they are and helping them get to where they want to go. Tony is a Signature Member of both the New England and Vermont Watercolor Societies, and an Artist Member of the North Shore Arts Association and New York’s venerable Salmagundi Club. He works from his studio in Bennington, Vermont.