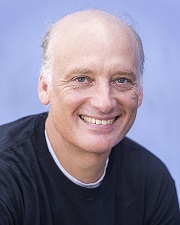 Rehearsals for The Iceman Cometh have started for Frank Wood ’79. He is playing Cecil Lewis in Eugene O’Neill’s, iconic play alongside Denzel Washington as Hickey, Tammy Blanchard as Cora and Bill Irwin as Ed Mosher.

The Iceman Cometh is set in New York in 1912 in Harry Hope’s downmarket Greenwich Village saloon and rooming house. The patrons, twelve men and three female prostitutes, are dead-end alcoholics who spend every possible moment seeking oblivion in each other’s company and trying to con or wheedle free drinks from Harry and the bartenders. They drift without purpose from day to day, coming fully to life only during the semi-annual visits of the salesman Theodore Hickman, known to them as Hickey.

The show opens on April 26 at the Bernard B. Jacobs Theatre in NYC and will run for 14 weeks.