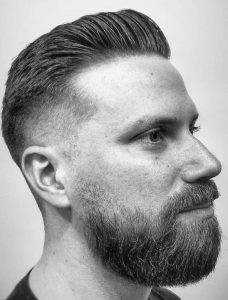 Jacob Mitchell, like thousands of others, is a lawyer working in New York City. However, Jacob is far from your typical attorney and has established a place in the legal world that is perfect for him.

Jacob graduated from Buxton in 2000 and continued his studies at Bard College.  After Bard he worked as a middle school science teacher in Manhattan for two years before he decided to follow in his father’s footsteps and enrolled in law school. During law school he worked for a firm doing union labor law and clerked for New York Supreme Court Judge Emily Jane Goodman. Judge Goodman taught Jacob the meaning of effective advocacy and gave him the opportunity to draft legal opinions, including an opinion that made it a form of discrimination for landlords in New York to refuse to accept Section 8 housing vouchers.

In his first year after law school, while looking for public service work, Jacob volunteered and worked under a law school stipend representing consumer debtors and homeowners facing foreclosure in the Courts in Brooklyn. After earning his law degree Jacob was excited to begin a career in public service. However, Jacob’s graduation coincided with the Great Recession and competition for public service positions skyrocketed, as many private law firms rescinded offers.

With bills to pay, Jacob took a detour from public service and was hired to do legal work for AIG, one of the insurance and finance firms caught up in the 2008 recession. Over the next three years, Jacob became an expert in electronic discovery and the use of different software to process and review digital evidence for trial.

As Jacob’s expertise developed, he began thinking about how to apply his skills to help people that lacked the resources of a large corporation. He found a need in federal criminal defense. Technology had made the task of the criminal defense attorney representing indigent defendants even more daunting than it already was. Voluminous digital evidence in criminal cases had created a further disadvantage to the defense. The time and energy required to properly review digital evidence was straining the defense’s already limited resources against the federal government’s nearly unlimited resources. While applying his electronic discovery skill set to criminal defense, Jacob worked with veteran death penalty defense attorney Allan Haber[1].  Allan took Jacob under his wing. He introduced Jacob to other respected veteran defense attorneys. Jacob found a community that mattered to him and he embraced being that professional in the defendant’s corner.  Along the way Jacob learned how to write motions and defend an accused person from arraignment to trial.  In addition, Jacob has added to his repertoire a focus on cellphone law and technology, privacy law, forensic imaging, and analysis of digital devices. He has represented clients in many different cases, including a few high-profile ones.  But for every defendant facing loss of liberty the stakes were similarly high, calling for every effort their lawyer can provide.

Buxton’s education philosophy focused for Jacob the desire to represent underserved people and to work to seek justice for those in difficult situations. While at Buxton, Jacob learned that he thrives when participating in a community that matters to him.

In a recent email to his classmates to encourage them to donate to support Buxton, Jacob wrote “In true Buxton fashion, we pursue meaningful work…. It’s not about how much, it’s about how many. Let’s be the class with the most people giving.”  Toward that end, Jacob regularly remembers that it was Buxton, its teachers and student community that set him on the path he enjoys today.  Jacob lives with his longtime girlfriend Maja and their dog Babs in Brooklyn.

Finally, if anyone from the Buxton community is contemplating becoming a lawyer Jacob says he would be happy to discuss his experiences more directly.  He can be contacted through the alumni office.