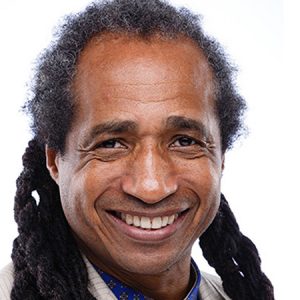 Buxton connections are real and they are potent.

Marco Williams, ’75 and Whitney Dow who attended Buxton for a year in 1980 co-produced a documentary called Two Towns of Jasper that premiered in 2003. It is a compelling film that dives deep into racism in the United States. It chronicles the aftermath of a brutal, racially charged murder in Jasper, Texas.  African American, James Byrd, Jr. was beaten and dragged to death behind a truck by 3 young white men in 1998.

Dow, who is white, and Williams, who is black decided to do something — they made a film. They hit the streets of Jasper with segregated film crews. Williams filmed the black community and Dow, the white, so the story would be told through different racial lenses. As expected the film generated intense discussions and forced viewers to look at how one’s race frames their view of the world and their life experience.

“Whitney and I spent a lot of time talking about the Byrd murder and how a film might excavate its deeper meaning,” says co-producer/director Williams. “We were both horrified, of course, but the more we talked the more we experienced moments where our viewpoints diverged. We realized the divergences were rooted in our racial identities, our different racial experiences. That was the germ for the approach we took.”

Let’s just say Two Towns of Jasper would not have happened without Buxton. Marco Williams developed a relationship with Whitney Dow and his parents because Whitney, his sister, Francesca, and he went to Buxton. Marco said Buxton has been profoundly significant in his life. The connections are like a web or glue that binds like minded people together and good things happen as a result.

Marco Williams is currently working on 3 documentaries. One is about dancer and choreographer, Martha Graham. Another, From the Bullet to the Ballot is about an African American woman who is running for public office in Philadelphia. The third, titled Hijacker, follows the story of a 1971 hijacking of an Air Canada plane to Cuba.

To read more about Two Towns of Jasper:   http://www.pbs.org/pov/twotownsofjasper/film-description/