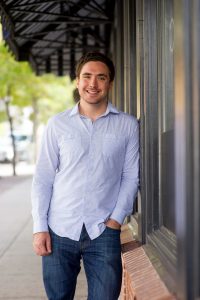 It is hard to figure out where Mike would be if he had not gone to Buxton.  He was struggling in his enormous public high school in suburban Chicago. His parents set out to get him on a better path and encouraged him to come to Buxton. Mike thrived at Buxton because of the smallness and communal living model that make Buxton unique. To celebrate his graduation from Buxton and his acceptance into the University of Denver, his dad took him on a trip to Argentina which set his life in motion. He fell in love with the language and the country. The experience influenced important decisions he would make during college and beyond.

At the University of Denver, he majored in finance and got a minor in Spanish. Mike returned to Argentina to spend the summer between his freshman and sophomore year volunteering in an orphanage and then went back once again during his junior year to “study abroad”. After he graduated he started working for Dish Network in Denver doing financial analysis and analytics. Dish is a huge company with the typical corporate mentality and structure. Mike was not loving it.

After banging on the door to get an interview he was hired by a small start-up company called GoSpotCheck. They are a software company that provides a mobile platform for retail and consumer goods companies. As luck would have it they needed a Spanish speaker for their clients in Latin America. Mike was a perfect fit for the job!

It wasn’t until about a month into his new job that he realized the experience of working at Dish compared to GoSpotCheck mirrored his two high school experiences and the same dynamic was playing out for him personally. He loved his new job because he thrives in small environments where he can be himself. He is happier when he knows his co-workers and they work together to make things happen. Mike found another “Buxton” and judging by the sound of his voice on the phone and the story he told, he feels at home again.